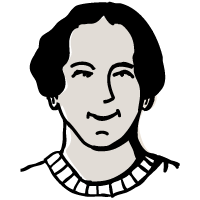 Hello, my name is Nigel and this is my first blog. I am not much of a computer type of person but last year, my wife bought me a laptop. Since then, I have been trying to get to grips with this thing they call the internet. I decided to start a blog but I had no idea what to write about. They say, "write about what you know," so I have decided to write about processing and manufacturing. My son owns a processing and manufacturing plant so I have learnt quite a lot from him about what it involves.

As time ticks on, advancements in technology have both thrilled and threatened society.  People can't quite seem to agree on whether advanced robots are an achievement or something to be very nervous about.  Certainly, there's a pervasive belief that the introduction of robots into industry will spell the beginning of great job losses.  But is this really the case?  Factories worldwide certainly lost a lot of employees at the dawn of automation, and product assembly lines and suchlike became entirely controlled by robots.  However, robots have also had a very real positive effect on many industries, too.  So, which is it?  Are robots a help or a hindrance?

The Current State of Affairs

As things stand, the manufacturing industry does already rely heavily on automation - as mentioned above.  Steel fabrication, for example, relies heavily on robots.  It would be very unsafe and impractical for humans to hold a large piece of metal in place as a laser cutter goes to work on it.  As such, robotics have not only sped up many manufacturing processes, but they've also made others possible in the first place.  While they may have replaced some employees, then, they've also allowed for new processes - and therefore new factories - to open.  Not only has this enabled new products to be created more cost-effectively, but it has also enabled the businesses which sell them to expand and employ more people than they ever would if moving at a manual pace.

In the Next Fifteen Years

Certainly, technology will improve over the next ten years, and robotics will advance.  But how much can these advancements realistically affect current processes?  Laser cutting is already an automated process.  In the unlikely event that those robots are replaced with something completely different, it won't cost any human jobs; it will merely replace one piece of equipment with another.  The arrival of 3D printing is sometimes cited as a potential danger, but it's unlikely that this technology will progress quickly enough to rival factor-scale heavy machinery in the near future.

In The Long Run

New technology is always prohibitively expensive.  As such, even if robotics does advance to allow factories the option of completely replacing their human employees, it's unlikely that every business will be able to afford to do this.  Certainly, it'd be cost-effective in the long run.  But how many small businesses would realistically be able to pay for an order of this expensive equipment?  Cash flow has always been a problem for smaller business, and it will continue to be.  No matter how far technology advances, there will always be manufacturers who must rely on options that are cheaper in the short-term - and human employees are the solution they'll continue to turn to.

Of course, it's natural for people to worry about becoming obsolete.  It'd certainly be foolish to turn a blind eye to the future of the industry - but for now, laser and plasma cutting will remain the best solution for metalworking, and humans are required to operate those machines.  It's not an immediate issue, and perhaps that's all we need to know.